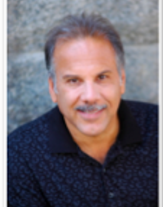 Jim has been active in US-Israel cooperation in the security and tech industries for over 20 years. He is responsible for coordinating QIC projects and business development in the US and internationally.

Tom retired from active law enforcement after a 27 year career with the Massachusetts State Police and a 10-year career as Executive Director of Public Safety and Chief of Police for a major university. Prior to joining the state police, he served three years active duty in the United States Marine Corps.

Tom held many positions within the State Police, the largest police force in New England, including serving as a supervisor in the Gang Unit and Special Tactical Operations (STOP) Team and serving as Commandant of the Massachusetts State Police Academy. His career with the State Police culminated in being named Colonel/Superintendent by Governor Mitt Romney in 2004.

Shortly after the 9/11 attacks, Tom was asked by the Governor of Massachusetts to take over as the Director of Aviation Security for Boston Logan International Airport. During his tenure as Director of Security he developed many security firsts for Logan Airport leading to the airport being recognized as a national leader in aviation security. Many of these security initiatives were adopted by airports across the country. Among the security initiatives developed under Tom’s leadership was the Behavioral Assessment Screening System. (BASS) This program was the first of its kind in the country. It was designed specifically to identify persons exhibiting hostile intent as they approached secure areas around critical infrastructure. The system is based upon real world observations and interactions between police officers and members of the public. Since its inception, the program has been taught to federal, state and local police and security officials in the United States and internationally. The BASS program has withstood a constitutional challenge by the ACLU in the Federal District Court of Boston and was the precursor to the Transportation Security Administration’s (TSA) behavior detection known as the SPOT program now in use across the country to identify high-risk passengers.

While serving at Boston Logan Airport in December 2001 Tom was the incident commander for the successful arrest of Richard Reid, known as the "Shoe Bomber", who attempted to detonate  explosives contained in his footwear during a flight from Paris to Miami.

Tom was a key official that developed and oversaw the security for the 2004 Democratic National Convention in Boston, the first such post 9/11 national convention held in the nation.

Tom Robbins has conducted many training sessions in Massachusetts and across the country on a wide variety of topics ranging from crisis management to terrorism awareness training. He has been interviewed by several major, local and national television and radio networks regarding policing and terrorism issues. He holds a Jurist Doctor from Suffolk University Law School.

Peter served as a Massachusetts State Police officer for twenty-three years, retiring as a lieutenant, and served as a lieutenant for a major university police department for nine years where he commanded the detective division and was policy advisor to the chief of police. He is also presently an attorney having been admitted to the bar since 1995.

His previous State Police assignments included serving as a supervisory investigator in the State Police Major Crime Unit and as Director of Legal Training at the Massachusetts State Police Academy. In his last assignment with the State Police he served as a lieutenant and staff member in the Office of the Superintendent where he was a subject matter expert and trainer on racial profiling and biased policing. In this capacity he designed statewide training programs on racial profiling and traffic stop data collection and has designed traffic stop data collection reporting and analysis systems for monitoring of discriminatory enforcement practices. He served for a decade as the principal subject matter expert and training developer on racial profiling and biased policing for the Massachusetts Executive Office of Public Safety and Security.


After the 9/11 attacks Peter served as the Director of Security Policy at Boston Logan International airport where he developed innovative anti-terrorism programs including creation of the behavior based screening program adopted by the Transportation Security Administration (TSA) know as Screening of Passengers by Observation Techniques or “SPOT”. SPOT employs more than 3,000 TSA Behavior Detections Officers (BDOs) and is deployed at over 160 major airports.  He developed the Behavior Assessment Screening System (BASS) and Hostile Intent Detection and Evaluation (HIDE) as terrorist interdiction programs based on behavior and statement analysis that he has delivered to over 4,000 police and security officers in over 100 agencies on the federal, state, and local level in the U.S., Singapore, Canada, and U.K.  His BASS program was adopted in response to the July 7, 2005 London Underground bombings and is now used nationwide by the British Transport Police and aviation security sector. His HIDE program was adopted by the Massachusetts State Police in response to the Boston Marathon bombing of April 2013 and by the Foxborough, Massachusetts Police Department for use at Gillette Stadium.  He also recently provided this training to the United States Marine Corps, Pentagon Force Protection Agency, Boston Police, and Dallas/Ft. Worth Airport Police. He designed the behavior detection component for the U.S. Army and U.S. Marine Corps Recognition of Combatant (ROC) Suicide Bomber and IEDs training programs.

He has served as a subject matter expert on behavior analysis for the U.S. Army, Transportation Security Administration, Department of Homeland Security, and National Science Foundation. He has been a lecturer on terrorism related issues for the FBI, CIA, Secret Service, DHS, and the Department of Defense Criminal Investigations Task Force. In April 2011 he testified as an expert witness in behavior assessment before the U.S. House of Representatives Science, Space and Technology Committee - Subcommittee on Investigations and Oversight. He has been frequently interviewed by major media outlets including National Public Radio, USA Today, CBS News, Time Magazine, Voice of America, and CNN as an expert on homeland security and serves as a regular guest on security issues for Fox News in Boston.  Peter has served on the adjunct faculty of Anna Maria College and Western New England University in their criminal justice programs.   He holds a Juris Doctor from Western New England University School of Law.