PROGRAM LIMITATIONS
Definitions
Prohibition on Use of Racial/Ethnic/Religious Profiles

UNDERSTANDING TERRORISM
Terrorist Profiles: What the Profiles Are and Profile Uses and Limitations
The Psychology of Terrorism
The Current Threat

The screening challenge: How do you effectively screen tens of thousands of patrons with limited resources and time? 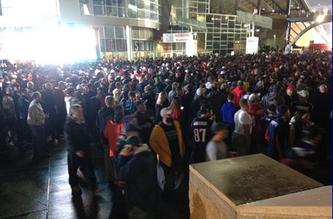 This one-day to three-day training course is designed for security officers, law enforcement officers, and investigators who patrol or who are responsible for the protection of critical infrastructure or soft targets, such as shopping malls or sports arenas, that may be targets of terrorist activity.  HIDE is an operational method building on the skills of observation and interview used to determine the presence of persons in public venues who may be involved in the planning or carrying out of a terrorist or other criminal act.  HIDE maximizes the ability of assets already deployed to detect high risk persons without the use of any special technologies and is therefore a highly cost effective method of target hardening.  HIDE does not use racial, ethnic, religious, or other unlawful profiles but relies on sound, scientifically supported, and objective behavioral indicators in conjunction with brief, non-threatening, and non-custodial interviews for determinations of possible hostile intent.  The HIDE foundations, concepts, and skills served as the basis for the antiterrorism behavior assessment programs used by well over 100 mass transit, airport, and general law enforcement agencies including the foundation of the highly successful US TSA Screening of Passengers by Observation Techniques (SPOT) program used at over 160 major airports and the British Transport Police Behaviour Assessment Screening program. HIDE was adopted by the Massachusetts State Police and Boston Police as a threat mitigation strategy for the July 4 Charles River Esplanade Celebration, attracting over a quarter million patrons, following the Boston Marathon bombings of April 2013 and adopted by the Foxborough (MA) Police as a threat mitigation strategy for Gillette Stadium and Patriot Place.

A half-day program is available for front-line employees. 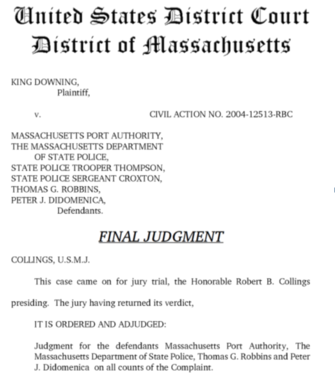 Contextual Emotional Valence: The Next Generation in Behavior Detection
In the United States and United Kingdom, behavior analysis has grown steadily since the 9/11 attacks as a counter-terrorism and homeland security tactical and strategic tool. Behavior detection programs have become a standard approach in providing an additional layer of screening for securing critical infrastructure. While existing behavior detection programs are effective they generally are limited in evaluating only negative emotions and do not incorporate evaluation of absence of emotion and positive emotions. This new paradigm for behavior detection also incorporates evaluation of “tactical” behavior, as differentiated from emotional behavior, providing additional behavioral cues of hostile intent. Existing programs also tend to be static in evaluating emotions by establishing the emotional state based on particular moment in time. Through the use of techniques that quantify the whole spectrum of emotional valence in relation to changes in environmental factors including the targeted use of specific provocations, greater sensitivity and accuracy can be achieved in identifying those individuals with hostile intent.

• A 2011 study by the Department of Homeland Security Science and Technology Directorate compared the results of  random selection for enhanced screening based on 71,589 referrals from 43 airports with 23,265 Operational SPOT referrals collected during the same time period and from locations covered by the random selections.
• The study data indicate that a high risk traveler is nine times more likely to be identified using Operational SPOT versus random screening.
– To achieve these outcomes, BDOs were able to engage with 50,000 fewer travelers using Operational SPOT than they did when using random selection methods.
• The study found the arrest rate for SPOT referrals was 50 times that of the rate for random screening.

• In 2004 a lawsuit was filed by an attorney for the ACLU, their national director of racial profiling programs, alleging the BASS program was unconstitutional through promoting racial profiling and unlawful detentions
• After a week long trial in federal court, the jury cleared the program of all claims.
• The judge ruled from the bench that escorting suspicious individuals away from critical infrastructure is constitutional